The introduction of the new CBDC in Nigeria was expected to improve residents’ and other currency holders’ access to banking and increase remittance inflows. It was also envisioned that implementing the new payment system would aid the country’s economic development.

The eNaira, issued by the Central Bank of Nigeria (CBN), is expected to give a distinct digital version of traditional cash in circulation. It is governed by the fiat naira currency, which is kept at parity with it.

In addition, the eNaira fulfills the same role as popular legal money in terms of exchange and storage.

This newly launched CBDC, like the cryptocurrency, is based on blockchain technology. It’s kept in an e-wallet, which is a type of digital storage. The CBDC can be used to finance local or international transactions and helps to facilitate traceable business and remittance transfers. The platform is aimed to provide a secure identification for CBDC holders, assuring them of a secure structure when using and owning the money.

The eNaira allows for peer-to-peer trade and digital cash transfers without the requirement of a financial intermediary, and anybody can own and use the CBDC. The currency also pays no interest, unlike regular bank savings accounts that accrue interest over time.

At the time of its inception, the eNaira drew the attention of three banks, 2,000 consumers, and 120 merchant banks, all of whom were eager to register with the e-platform. currency’s At the time of debut, around N200 million in eNaira was distributed to commercial banks and other accredited financial institutions.

According to Nairametrics, the eNaira helped the completion of 37,810 transactions just over a month after its activation, bringing the total amount of transactions to over N208.91 million. The entire supply of eNaira in circulation as of November 29, 2012 was N62.46 million.

The media frenzy surrounding the well-known eNaira appears to have died down today. There does not appear to be any debate about the new digital currency’s operations and transactions. This was to be expected, given the concerns highlighted from the start about the desire to implement the eNaira quickly and the digital currency program’s long-term viability.

Only three local television stations were permitted to attend the official inauguration of the eNaira by the CBN. Journalists were not allowed to ask officials in order to learn more about the newly announced digital money program. This was the beginning of the launch’s suspicions.

Several questions about the technology, ownership, and usability of the eNaira were addressed in the CBN’s 9-page FAQs. However, concerns concerning the currency’s transferability were not addressed, casting a pall over the eNaira’s use in comparison to regular paper money.

The eNaira’s versatility of use continues to be questioned. Nigerians value the possibility to move some eNaira to regular savings accounts and vice versa. Those that trade cryptocurrencies want to use it alongside the eNaira, which is managed centrally.

The government has stated that the eNaira will boost direct government welfare payments to qualified people while also expanding the tax base. Nigerians, however, question if this is a valid rationale for introducing the eNaira so soon, given the government’s lack of precise and up-to-date data for each individual.

When the unbanked and rural inhabitants are taken into account, this becomes even more implausible. With an inadequate database and low literacy and financial inclusion levels, advocating for a CBDC allocative and distributive advantage over the old paper naira is tough.

Furthermore, the CBN’s shaky limits on foreign exchange access, as well as the resulting weakening of the naira, which eats into savings, have raised doubts about the monetary authority’s ability to keep the CBDC program running smoothly.

When the government seizes control of a growing and widely used system, such as bitcoin, people become risk fearful. Nigerians are finding it difficult to fully subscribe to the new e-currency scheme because they are afraid that the government will bring its inadequate and untrustworthy attitude into the financial management of the economy.

The foundational technology needed to keep the digital currency program running is also scarce. Hosting a sophisticated and highly digitalised network of e-ledgers for a very broad supply base may not be practical given the lack of electrical supply, expensive electricity tariffs, poor internet infrastructure, and high data subscription costs.

Furthermore, given the country’s poverty level, access to digital tools like as cellphones and data will undoubtedly dissuade a larger percentage of the populace from owning the eNaira money.

The overall goal of the eNaira launch has been a laughable effort due to poor advertising and education about the CBDC, as well as a lack of political will to push for increased adoption. As a result, it is necessary to raise concerns about the government’s haste in launching the eNaira program.

Perhaps there are plans in the works to resurrect the eNaira? At this time, we don’t know. What remains certain, however, is that the Nigerian government’s sudden silence on the CBDC proves that it was unprepared for the big game it began when the eNaira was launched last October.

Fri Feb 4 , 2022
The Nigeria Data Protection Bureau has been approved by President Muhammadu Buhari, GCFR (NDPB). Prof Isa Ali Ibrahim, the Honourable Minister of Communications and Digital Economy, has requested it (Pantami). The NDPB was founded in accordance with international best practices and will focus on data protection and privacy, among other […] 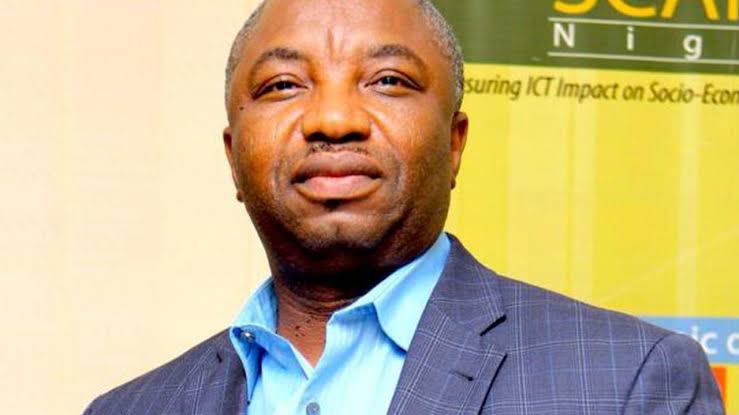