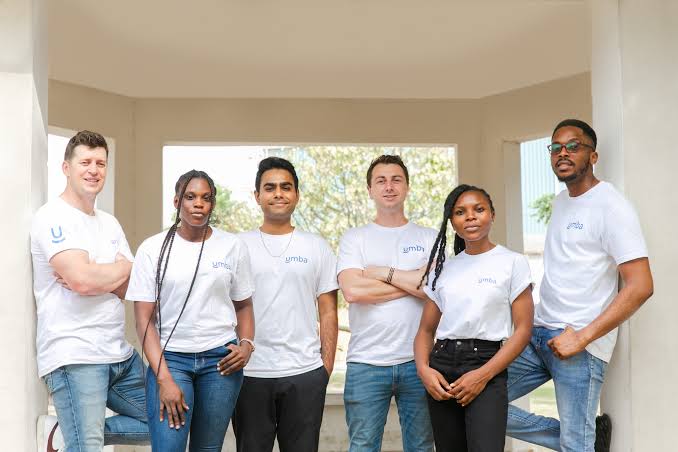 In Nigeria, as well as the rest of Africa, there is no scarcity of digital banks. These fintechs believe that now is the appropriate time to deliver financial services to every market category, from the banked to the unbanked, as the region continues to experience tremendous rise in mobile usage and the corresponding expanding young population.

We’ve previously discussed a number of these sites. Their main pitch is to give financial services to the underserved market, which means that their consumers are practically the same. Umba, a digital banking company based in Lagos, Nigeria, recently announced a $15 million Series A fundraising round. The announcement comes roughly two years after the fintech obtained a $2 million seed investment.
Umba claims to offer a wide choice of transparent and accessible financial products to consumers in Africa who are underserved by legacy banks, despite the fact that just 43% of the continent’s population has a bank account.
Free bank accounts, interbank transfers, peer-to-peer transfers, and bill payments are among the services available. These are basic elements of African digital banks, whether deposit-only like Kuda, credit-only like FairMoney or Carbon, or both like Fintech Farm.

Tiernan Kennedy, Umba’s CEO, mentioned that the company follows Nubank’s credit-led approach, in which it first tackles customers’ liquidity problems before upselling them on a wide range of banking products.
Umba users can access loans in addition to a no-fee current account, free payments, and bill payments. Kennedy claims that the company offers credit products based on private data provided by customers. The fintech company makes the majority of its money by charging customers a ten percent monthly interest rate.

“I’d like to believe we’re the most cost-effective on the market.” “We’re collecting data, automating underwriting, and retraining models based on client performance every month to give credit in seconds,” explained Kennedy, who launched the firm with CFO Barry O’Mahony in 2018. “We’re also first in class in terms of lending,” he asserts, “allowing us to offer the lowest interest rates in the marketplace.”
Surprisingly, Umba was able to persuade a couple of Nubank executives to wire some funds as part of this Series A transaction.

“When Nubank saw what we were doing, they realized it was the correct approach for emerging countries.” Credit is the most difficult challenge to address, because underwriting clients on a large scale in multiple marketplaces is difficult. That took us 18 months to construct. But it’s up and running now, and it’s working,” Kennedy remarked.

Tom Blomfield, the co-founder of Monzo, and former backers Lachy Groom and ACT Ventures are among the other investors. Lux Capital, Palm Drive Capital, Banana Capital, and Streamlined Ventures were among the new investors, with Costanoa Ventures leading the round. To date, the fintech has raised $17.5 million in funding.
For the past two years, Umba has been in business. When questioned for specific figures, Kennedy simply said that the company had increased its revenues every three months since its start 18 months ago, with over 1 million installs on the Google Play Store.

The firm’s focus on engineering and customer experience, according to Kennedy, has been important in its success. They’ll also help Umba service multiple markets, currencies, and payment infrastructures, he said.
“Some startups, like conventional banks, will purchase off-the-shelf banking systems and adapt them for their customers.” However, they are not prioritizing the customer. “In both banking and mobile money markets, we created fundamental banking systems from the ground up and can give a tailored experience for the consumer at the drop of a hat,” stated the CEO.

“We can take all of that open financial data and underwrite it at scale with these various fragmented payment and data types.” In practice, this means we’re multi-currency, multi-country, and capable of handling a wide range of payment types. And all of this takes time. Then there’s the capacity to move really quickly against opponents.”
Creating an interoperable digital banking experience across African markets, particularly between banks and mobile money operators, is a difficult undertaking. Given its limited business in Nigeria, Umba has failed to back up Kennedy’s assertions. As a result, it’s too early to determine if the corporation will be able to underwrite loans and deliver financial services across the continent’s diverse systems.

However, with the fresh capital, the company will be able to put this to the test as it prepares to launch in new regions such as Egypt, Ghana, and Kenya, where mobile money is widely used.
Prior to joining Umba, Kennedy served as the CTO of PearUp, a dating service, and oversaw the engineering team at Canary, an IoT business. Tola Mobile, a UK fintech with operations in Uganda, Rwanda, Mozambique, Tanzania, and Kenya, has O’Mahony as its former head of operations.

The founders said that they’ve hired numerous key people for Umba’s new phase of worldwide expansion, including Interswitch’s former CFO and senior Zynga employees.
In the following 18 months, Umba will expand its product offerings by launching debit cards, savings accounts, and stock trading.
“Right now, we’ve solved for credit and expenditure; next up will be savings and investments, as well as the creation of new markets, which will necessitate the hiring of personnel in our three new markets,” Kennedy added.

Thu Apr 14 , 2022
As a bridge between cash and digital, the company schedules appointments to grow its business. As it turns into an omni-channel payment platform giving tools to help businesses flourish, Kudi, an African Financial Technology Company, has changed its name to Nomba. The company has expanded its offerings to include simple […]