Twitter has said it has suspended more than 70,000 accounts since Friday that were primarily dedicated to sharing QAnon content as the social media site continued to crack down on content after supporters of Donald Trump stormed the US Capitol.

“Given the violent events in Washington DC, and increased risk of harm, we began permanently suspending thousands of accounts that were primarily dedicated to sharing QAnon content on Friday afternoon,” Twitter said in a blog late on Monday.

“These accounts were engaged in sharing harmful QAnon-associated content at scale and were primarily dedicated to the propagation of this conspiracy theory across the service,” the company said. 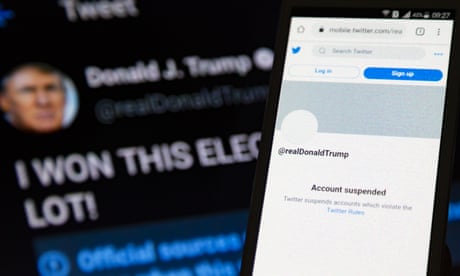 Twitter said the move could result in some accounts losing thousands of followers.

QAnon backers have pushed conspiracies on social media that include the baseless claim that Trump secretly is fighting a cabal of child-sex predators, among them prominent Democrats, figures in Hollywood and “deep state” allies.

On Monday, Amazon said it was working to remove some QAnon products from its online marketplace, citing policies that prohibit offensive inappropriate items.

The world’s largest online retailer drew scrutiny for having apparel with QAnon insignia and related books up for sale days after last week’s attack on the US Capitol.

Shares in Twitter dropped sharply after it permanently suspended Trump following the attack on the US Capitol last week. The social media company lost $5bn in market value as investors took fright at potential tougher future regulation for the site.

The storming of the Capitol building last week by Trump supporters delayed the certification of Joe Biden’s election victory.

Lawmakers were forced to flee, as the building was mobbed by the president’s supporters who overwhelmed security forces. Five people died in the violence including one Capitol Police officer who was beaten as he tried to ward off the crowds.

Wed Jan 13 , 2021
Downloads of privacy-focused messaging apps Signal and Telegram got a boost as users looked for alternatives to Facebook-owned WhatsApp over concerns about changes to the service’s privacy policy. Signal saw approximately 7.5 million installs globally through the Apple App Store and Google Play store between Jan. 6 and Jan. 10, according to […] 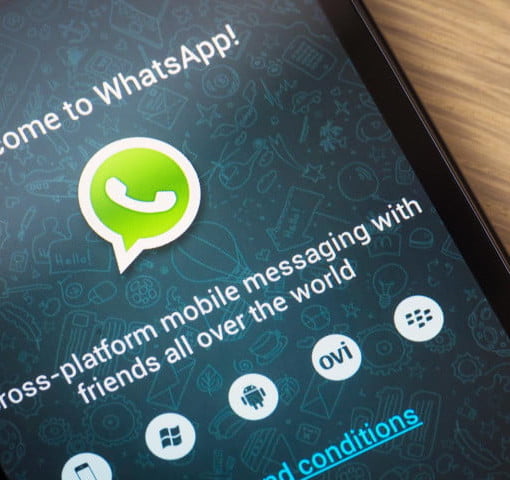