The Federal Government of Nigeria (FGN) has directed me to inform the public that President Muhammadu Buhari, GCFR, has approved the lifting of Twitter’s suspension in Nigeria, which will take effect at 12 a.m. on January 13, 2022. Prof Isa Ali Ibrahim, the Honourable Minister of Communications and Digital Economy, wrote a memo to the President, which received his approval. According to the Technical Committee Nigeria-Twitter Engagement’s suggestion, the Minister updates and requests the President’s consent for the lifting in the Memo.

Recall that the FGN banned Twitter’s operations on June 5, 2021, following a declaration by Alh Lai Mohammed, the Honourable Minister of Information and Culture. The President then formed a seven-member Presidential Committee to work with Twitter Inc. Following that, the Presidential Committee, in its wisdom, established a 20-member Technical Committee, which included representatives from all key government departments. The Twitter team was contacted by the Technical Committee, and they collaborated with them immediately.

The continuous use of the platform by some unscrupulous groups for subversive and criminal goals, spreading fake news, and polarizing Nigerians along tribal and religious lines, among other reasons, was the immediate and distant cause of the suspension.

These concerns about national security, cohesion, and the consequences of Twitter abuse compelled the FGN to suspend Twitter’s operations in Nigeria in order to address the immediate and indirect issues that have arisen as a result of its operations.

The new global reality is that digital platforms and their operators have significant sway over our society’s fabric, social interactions, and economic decisions. These platforms can be used as a weapon or a tool. Every country is trying to figure out how to best balance its resources. Every citizen’s security, privacy, social well-being, and progress are jeopardized if there is no balancing. As a result, our action is a conscious endeavor to re-calibrate our relationship with Twitter in order to maximize mutual benefits for our country while avoiding jeopardizing the justifiable security concerns.

The process of settling the deadlock between the FGN and Twitter Inc. has aided in laying the groundwork for a mutually advantageous future filled with limitless possibilities. Many Nigerians, from young innovators to public-sector authorities, use Twitter to communicate with their audiences. As a result of our collaboration, Twitter will be able to improve and develop new business models in order to reach a wider audience in Nigeria. Furthermore, the FGN is committed to creating a climate that allows Twitter and other global Internet businesses to realize their full potential and remain profitable in Nigeria. While appreciating all Nigerians, especially the vibrant Nigerian youths who have borne with the long wait to resolve this impasse, the FGN is happy to say that the gains made from this shared national sacrifice are immeasurable.

Revenue generation from Twitter’s operations in Nigeria; a smooth and coordinated relationship between the Nigerian government and Twitter that leads to mutual trust; a reduction in cybercriminal activities such as terrorism, cyberstalking, hate speech, and so on; and collaboration with Twitter and other global companies to develop an acceptable code of conduct based on global best practices.

Before Twitter’s services may be restored, the FGN has placed some conditions on it. In accordance with Nigerian regulations, these criteria addressed legal operation registration, taxation, and the management of forbidden publishing. The FGN has stipulated that Twitter must comply with all of the FGN’s requirements. As a result, the FGN and Twitter agreed on a timeframe for implementation, which began this week. Our partnership with Twitter ushers in a new era of global digital diplomacy and establishes a new operational blueprint for Twitter to return stronger for Nigerians.

The following are the resolutions that Twitter reached an agreement on. Inc.:

In the first quarter of 2022, Twitter has committed to establishing a legal entity in Nigeria. The legal entity will file a registration form with the Corporations Commission (CAC). Twitter’s first move in establishing its long-term commitment to Nigeria is the creation of the corporation.

Twitter has agreed to create a designated national representative to work with the Nigerian government. A separate communication channel is also accessible for the Global Public Policy team.

Twitter has committed to comply with all tax responsibilities imposed by Nigerian law on its activities.

Nigeria will be included in Twitter’s Partner Support and Law Enforcement Portals. Government officials and Twitter workers can use the Partner Support Portal to monitor prohibited content that violates Twitter community guidelines. Simultaneously, the Law Enforcement Portal allows law enforcement organizations to submit a report with legal justification when they feel that content breaches Nigerian laws. These components, when combined, form a full compliance system.

Twitter has pledged to operate with respect for Nigerian laws, as well as the national culture and history that these laws are based on, and to collaborate with the FGN and the broader industry to produce a Code of Conduct that is consistent with global best practices and applicable in Nigeria.

As a result, the Federal Government of Nigeria lifts the suspension of Twitter activities in Nigeria as of midnight on January 13, 2022. We encourage all Twitter users to act ethically and avoid spreading controversial, hazardous, or disagreeable information on the platform. As patriotic citizens, we must remember that whatever is criminal outside is equally prohibited online, and that committing a crime with a Nigerian Internet Protocol (IP) is the same as committing a crime inside our jurisdiction.

Given Twitter’s impact on our democracy, economy, and the basic fiber of our corporate existence as a nation, we must adapt rather than abolish it. The Federal Government of Nigeria is dedicated to working with Twitter to do everything necessary to assist Nigerians in aligning and navigating Twitter’s algorithmic architecture in order to maximize its benefits while avoiding its drawbacks. 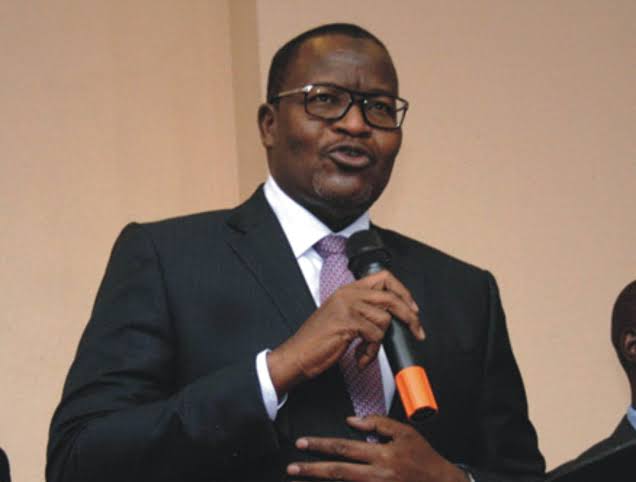