To replace the outdated National Identification Number slip and polycarbonate card, the federal government has created a set of digital tokens.

Isa Pantami, the Minister of Communications and Digital Economy, stated this at the National Identity Management Commission’s stakeholders workshop on the NIN Tokenization Solution in Abuja.

According to him, the government implemented the solution to protect the privacy of individuals’ personally identifiable information during verification transactions and to limit the incidents of unauthorized NIN retrieval, utilization, transfer, and storage.

The Minister, who was represented by Aliyu Abubakar, Director-General of the NIMC, stated that full implementation will begin on January 1, 2022.

The tokenisation method, he added, was tailored to preserve personally identifiable information as well as the integrity and sensitivity of the NINs granted by the NIMC to registered persons.

“One of the benefits of the virtual NIN is that it ensures that no third party can perform any verification while hiding behind a proxy,” Pantami stated (and without the knowledge of the NIMC, being the Custodian of Identity).

” Furthermore, a produced Token or Virtual NIN is stupid, fully random, and cannot be reverse engineered, even by a Quantum Computer.

He added that the connection of the verifier’s UserID to every verification request ensured anonymity, and that no NIN meant no verification.

The goal of the program, according to Abubakar, was to rub minds with stakeholders in order to ensure that everyone understood the product and bought in.

“We must continue to emphasize the importance of having a digital identity for every Nigerian, regardless of social class or economic condition, increase access for all, and assure continual protection of our citizens’ and other enrollees’ privacy and data.”

“By continuing to create awareness campaigns and sensitizing the public, we can keep the momentum going.”

Tunji Durodola, NIMC’s Technical Consultant, further stated that the Digital Token was created to replace the 11-digit NIN for all purposes.

He claimed that NIN had been exchanged and held by a variety of organisations, mostly without the knowledge or approval of the ID holder or NIMC, Nigeria’s identity custodian.

The revised NIN slip, according to Durodola, has a reduced form factor and is available to those who have been granted an active NIN and may be acquired without visiting the NIMC office.

“A NIN issued by NIMC, as well as a cellphone number registered in Nigeria and linked to your NIN, are some of the pre-requisites of tokenization,” he stated.

Fri Dec 31 , 2021
In this interview with SADE OGUNTOLA, Dr. Dania Simpa, CEO/Lead Consultant of Sabaoth Technologies Ltd, discusses how individuals can use proper technology to better their health. Wearable fitness trackers are sophisticated technologies that can accurately anticipate the onset of an infection or a seizure. These gadgets track a person’s heart […] 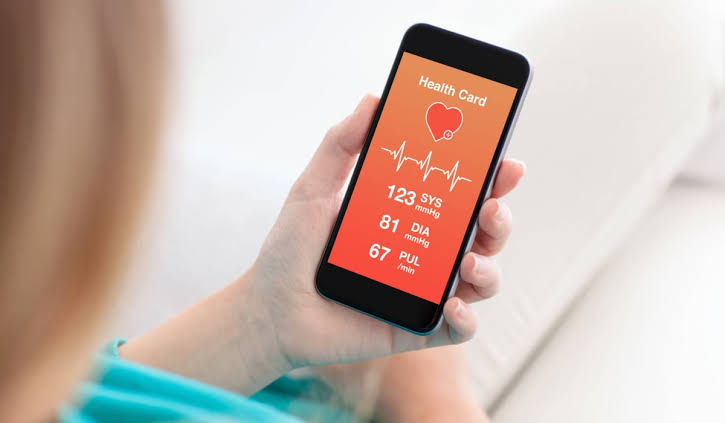