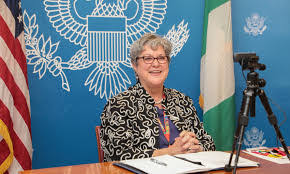 Ambassador of the United States of America to Nigeria Mary Beth Leonard has stated that her country is committed to providing Nigerians with free educational information and programs.

She stated that investing in people to help them develop their abilities through the Mission’s network of American Spaces in Nigeria is an important component of America’s foreign policy and a cornerstone of her leadership of the Mission in Nigeria.

The American envoy spoke during the weekend unveiling of the new American Corner in Ikeja, Lagos, as Lagos State Governor Babajide Sanwo-Olu said the state was always open to innovations that improved education and provided people with technology opportunities.

Sanwo-Olu, speaking through his Special Adviser on Sustainable Development Goals (SDGs), Solape Hammond, said a strong interface of education and technology is a crucial cornerstone of the state’s development and is firmly based on partnerships.

The facility joins the country’s 19 American spaces, which include locations in Abeokuta, Ibadan, Uyo, Jos, Kano, Calabar, and other cities.

Alumni of US government exchange programs, as well as commercial, cultural, media, and political figures, attended the occasion.

Through its network of American spaces in Nigeria, the ambassador said the US government was committed to offering free educational information and programs to Nigerians to assist them develop their talents.

“Investing in people is an important part of US foreign policy and a cornerstone of my leadership of the US Mission in Nigeria.

“Through programs and workshops, the new American Corner Ikeja will act as a center where young people may develop their ideas, leadership, and business abilities,” Ambassador Leonard stated.

“Lagos is a city of industry, business, and learning,” Ambassador Leonard remarked, praising the relationship with Venture Garden Group, which hosts the new American Corner. It’s fantastic that the American Corner will assist to bring Nigerians and Americans closer together.”

While praising the corner’s opening, Sanwo-Olu noted that the US government had played a key part in the growth and development of various elements of the country.

“American venues have been used more strategically in the global interest in recent years to inform, empower, and inspire constructive action for generations of young people and professionals around the world,” he said.

According to him, the new venue will contribute significantly to the Lagos state government’s efforts, notably in the fields of education and technological learning.

Bunmi Akinyemiju, Chief Executive Officer and Co-Founder of Venture Garden Group (VGG), said the cooperation between the US Consulate and the tech firm was mutually beneficial.

“The American Corner directly contributes to one of our objectives to give value to Nigeria’s efforts to establish and promote an educational system that would unlock young Nigerians’ expertise, innovative spirit, and entrepreneurial aptitude.” 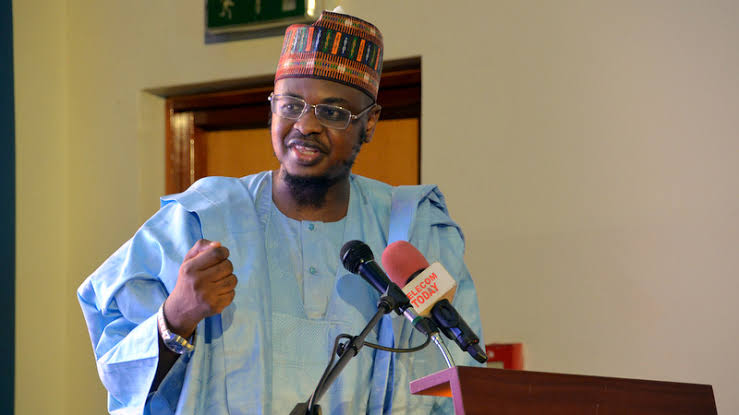