The Nigerian Communications Commission (NCC) has announced that a simulated auction for the 3.5 gigahertz (GHz) spectrum auction for the country’s fifth-generation (5G) network has been successfully completed.

The commission said the simulation exercise was conducted in accordance with the parameters outlined in the information memorandum (IM) for the 3.5 GHz spectrum auction in a statement signed by Ikechukwu Adinde, NCC’s public affairs director, on Friday.

The NCC said the simulated auction, which took place at the Transcorp Hilton Hotel in Abuja on Friday, December 10, 2021, was a warm-up for the major sale, which will take place on Monday, December 13, 2021, at the same location.

In addition to the electronic auction, the commission said it mimicked the human auction process to ensure a fail-safe method.

Umar Danbatta, NCC’s executive vice-chairman, stated during the ceremony that the commission had taken all necessary procedures to assure due diligence on the consultants’ legitimacy as well as the software’s integrity.

“This is consistent with the open, credible, transparent, and fair manner in which the Commission is known to have conducted prior auction processes, which have been widely praised locally and abroad,” Danbatta said, according to Adinde.

The NCC announced after the simulated auction that the stage is set to license two slots in the 3.5 GHz spectrum band, which are expected to be chosen by successful bidders at the end of the actual auction on Monday.

The main auction, according to the commission, would be a watershed moment in Nigeria’s ambition to harness the benefits of 5G for the country’s socioeconomic progress, as a tangible roll-out of 5G begins in 2022.

Tue Dec 14 , 2021
Last week in Lagos, the management of Cyber Africa, one of Africa’s converged legacy Information and Technology news platforms, acknowledged digital breakthroughs across all sectors of the continent at the Cyber Africa at 10 Forum/Cyber Africa Digital Economy Awards. The organizers convened the event to commemorate Africa’s massive digital transformation, […] 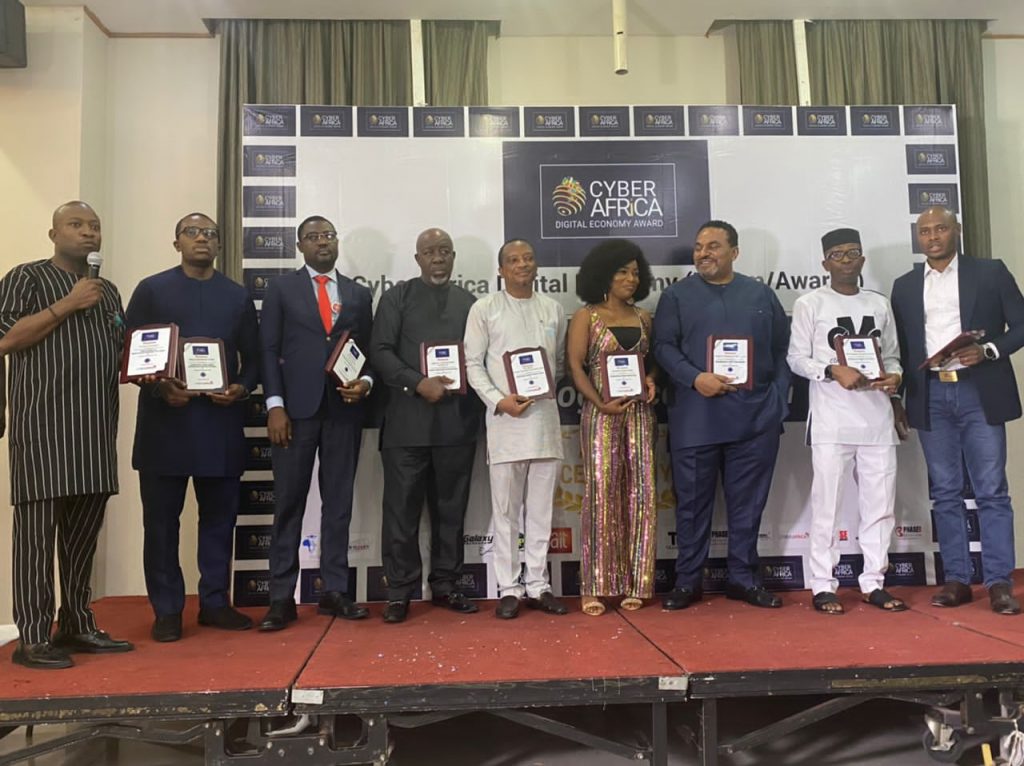