The Special Fraud Unit of the Police in Lagos has arrested a suspected internet scammer, who hacked the accounts of  first bank and defrauded the bank of a whopping sum of N1.868 billion.

The suspected hacker, Femi Salau, and his accomplices, two bureau de change operators, were arrested by the police special fraud unit. Salau was arrested over alleged use of  a software to create fictitious credits totaling N1,868,900,000 which he deposited into the accounts of some of the affected bank’s customers.

Spokesman of  the SFU, Eyitayo Johnson, said Thursday that Salau successfully made debits amounting to N417,542,000 through online banking transfers to other banks. He said the affected banks petitioned the unit, who contacted the Central Bank of Nigeria and Deposit Money Banks, whose customers were beneficiaries of the fraudulent funds.

He said so far a substantial amount was recovered. “Operatives of the Special Fraud Unit, Ikoyi, Lagos, have arrested one Femi Salau, the kingpin of a syndicate that specialises in hacking into the servers of banks and corporate agencies. “The hacker, who displayed exemplary mastery of the cyber environment, was arrested after he hacked into the Flex-Cube Universal Banking System of a first generation bank”, he said.

“Using application software, he created fictitious credits totalling N1,868,900,000 on the accounts of three of the bank’s customers and successfully consummated debits amounting to N417,542,000 through internet banking transfers to other banks. “The unit, while acting swiftly on a petition from the bank, contacted the Central Bank of Nigeria and Deposit Money Banks, whose customers were beneficiaries of the fraudulent funds, and was able to salvage a substantial amount”, he said.

The SFU stated that items recovered from Salau included Apple laptop and iPhone, adding that he and the BDC operators, who laundered the money, would be charged as soon as investigation was concluded.

Giving more insight into the arrest, Johnson said: “We had been on the trail of the hacker for a while. He travelled out of the country, so we placed him under watch and picked him up from the airport. “The Commissioner of Police in charge of the unit, Anderson Bankole, arrested one of the BDCs operators in a bank in Abuja when he went for the IGP’s conference. The other BDC operator was arrested in Lagos”.

Wed Aug 18 , 2021
Share the StoryAs a feature of Galaxy Backbone Limited (GBB’S) obligation to help local contents and innovations, the organization has banded together with Newwaves Ecosystem, an inventive Digital Company, to adopt online conference platform Konn3ct in the public sector space in accordance with the local content drive of president Buhari’s […] 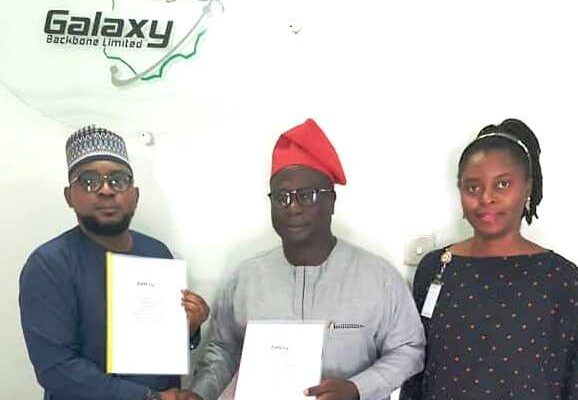