At his office in Abuja, the Editorial Team of Africa’s pioneer specialized IT media DigiVation Global Network honored the Honourable Minister of Communications and Digital Economy Prof. Isa Ali Pantami with the DigiVation Man of the Year Award.

Informing the Honourable Minister of his arrival, Editor in Chief Hilary Damissah lauded the Minister’s efforts and initiatives, as well as the successes made, which he claims have given Nigeria a competitive advantage in the innovation and information communications industries. “Pantami’s selection was based on his exceptional leadership in building Nigeria’s digital enterprise and innovation,” he added.

Dr Bayero Agabi, President and Chairman of the DigiVation Editorial Board, stated that the Honourable Minister has shown leadership and commitment in repositioning the Nigerian digital economy sector to become the economy’s poster boy.

The Honourable Minister thanked the management of DigiVation Global Network for their efforts to nation-building in his response. He expressed confidence that the award will motivate him and his team to keep improving. The award, which was established four years ago, has had four previous winners: Austin Okere, founder of Computer Warehouse Group, Dr. Akwasi Agyeman, Executive Director/CEO, Ghana Tourism Authority, and Rwanda’s Minister of ICT and Innovation Paula Ingabire, the only woman to have won it from East Africa. For 2021, DigiVation Global Network announced Nigeria’s Minister of Communications and Digital Economy Isa Ali Patami as the DGN Award winner.

Our team of reporters and industry stakeholders conducted a thorough research process to select the unrelenting Pantami as the eventual winner, according to the leading IT media organization.

Digivation Global Network is a multimedia company with a focus on content creation and events in Africa, Europe, and the United States. DigiVation also has a strong web media presence, as well as radio and television broadcasts, and has won over 100 accolades. It is the only media and technology organization to have twice received the prestigious United Nations Economic Commission for Africa/Africa Information Society Merit Award for balance report and research.

Tue Jan 11 , 2022
United Bank for Africa, Africa’s global bank, has announced that plans to honor the 4th anniversary of its flagship artificial intelligence Chabot have been completed, with additional offers expected to further redefine the face of digital banking in Nigeria.   “Undertaking the unthinkable by hooking 3 million users in less […] 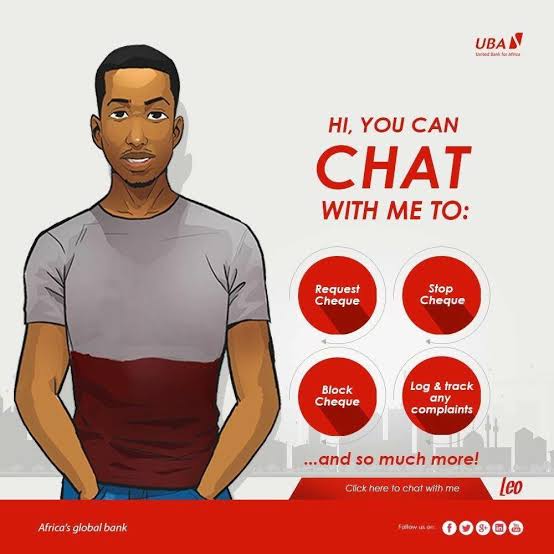