Skip to content
Share the Story
President Muhammadu Buhari (GCFR) has approved the renewal of the tenure of Engr. Aliyu A. Aziz the DG/CEO National Identity Management Commission, NIMC for a Second Term.
This was disclosed in a statement by the General Manager Operations & Corporate Communications of the Commission, Abdulhamid Umar. According to the statement, “This is pursuant to the NIMC ACT that provides for two terms tenure for the Chief Executive Officer of the Commission.”

Engr. Aliyu Aziz, was a pioneer staff of NIMC and the Director, Information Technology/National Identity Database department of NIMC before he retired in 2014, after over thirty years of post-qualification experience in Engineering & Information Technology, spanning both the private and public sectors.

He was a Director at the Secretariat of the Presidential Implementation Committee in the Secretary to the Government of the Federation’s office saddled with the responsibilities for the Implementation of Government Decisions on Consumer Credit System, National Outsourcing Initiative and Harmonisation of Identification Schemes in Nigeria. The committee oversaw the setting up of the National Identity Management Commission in 2007.

In the letter of the renewal which was conveyed by the Secretary to the Government of the Federation (SGF) Mr. Boss Mustapha, the President of the Federal Republic enjoins Engr. Aliyu A. Aziz to continue with the good work he is doing and take NIMC to the Next Level in consonance with the Federal Government’s doctrine of Integrity, transparency and accountability.
It was further conveyed in the letter that the President wishes the DG/CEO a successful and eventful second tenure in office which commences on the 22nd November 2019.

Wed Dec 4 , 2019
Share the StoryIt was a night of glitz and glamour in Lagos as Africa’s foremost ICT broadcast journalist Bayero Agabi marked 20 years of DigiVation Network, the continent’s first IT Media broadcast programme and the only to have won the United Nations Economic Commission for Africa (UNECA) award twice. The […] 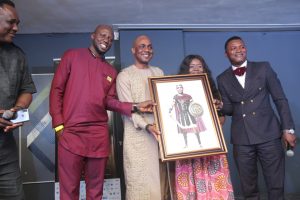