Nigeria’s former Senate President, Anyim Pius Anyim, as he joins the league of sexagenarian statesmen in Nigeria,  will be joined by family members, friends and associates from business and political space on February 19, 2021 in Abuja to celebrate the actor of immense dexterity.

Senator Anyim was the President of the Nigeria’s upper legislative chamber, The Senate, from 2000–2003 under the platform of the Peoples Democratic Party (PDP). As a lawyer, Senator Anyim first became a Senator at 37, made Senate President at 39, and voluntarily did not seek re-election to the Senate at 41, as he returned to his law practice.

In May, 2011, he was later appointed the Secretary to the Government of Federation under former President Goodluck Jonathan, where he discharged the responsibilities of his office as SGF with uncommon patriotism and diligence before his departure in 2015.

Pius’ birth on 19 February 1961 did not elicit much excitement because his mother had six other male children who never lived beyond two years and the young Pius was expected to continue the “ogbanje” circle that was held responsible for the earlier deaths. He, however, survived to the delight of his parents.

As a Nigerian politician, Pius’ early life was fraught with daunting challenges in terms of schooling and fending for himself, has been seen through all the challenges, graduating as a law student, beginning his law practice and subsequently sought the votes of his people for a political office which were given to him and through which he served the nation creditably.

Though, Senator Anyim has focused more on his law practice and talked less about political issues since 2015, a decision best known to him, reason for this hiatus and many other things Nigerians would like to know about him are contained in his soon-to-be-unveiled biography, which also depicts his humble beginning, which will send strong message Nigerian youths that the tides and waves of life can be turned to one’s advantage at different points on the stretched spectrum that life can be.

The 60th birthday party, which will be held in strict compliance with COVID-19 protocol, thus, provides opportunities to celebrate with loved ones and for him to interact with loved ones and exhibit his new principles and beliefs on the Nigerian socio-political ecosystem.

“I have every reason to thank God for keeping me till date, having had such as very humble beginning, faced many life challenges and then found my head above the sea level to the point of holding leadership position, where I have contributed my quota, at the highest level of governance, to the soico-economic development of our nation. I owe my Creator all the gratitude for keeping alive till date and thank my loved ones for their support all through these years,” Senator Anyim said ahead of his 60th birthday celebration.

Tue Feb 16 , 2021
Share the StoryThe Association of Telecommunications Companies of Nigeria (ATCON) has urged the federal government to develop a strategic plan to bridge the over N15 trillion infrastructure funding gap in the telecom industry which is said to be presently contributing over 11 percent to the country’s Gross Domestic Product (GDP). […] 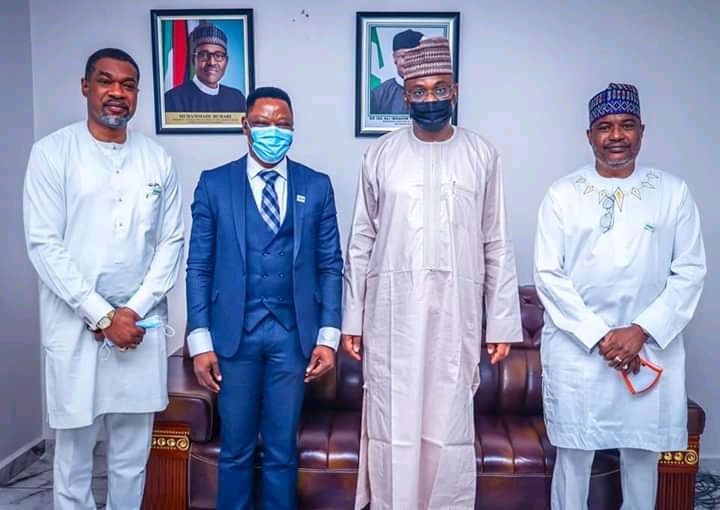