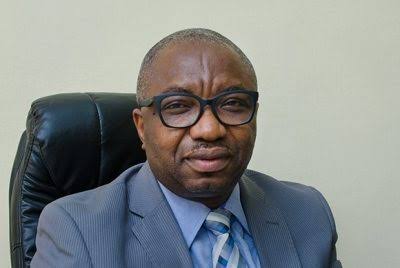 The Federal Ministry of Communications and Digital Economy has officially launched the Nigerian Data Protection Bureau in order to ensure that information technology remains a vehicle for economic growth and development, as well as a means of establishing a veritable machinery for data management, privacy, and protection in Nigeria. The occasion was used to reveal the newly founded Bureau’s official logo, vision, and mission statements, as well as its basic values.

The Federal Government officially approved the establishment of the Nigerian Data Protection Bureau in February 2022, with Dr. Vincent Olatunji, former Director of the National Information Technology Development Agency (NITDAe-Government )’s Development and Regulations Department, serving as its first National Commissioner/Chief Executive Officer.
The Honorable Minister of Communications and Digital Economy, Professor Isa Ali Pantami, as well as the Executive Vice-Chairman of the Nigerian Communications Commission, Professor Umar Garba Danbatta, who was represented by the NCC’s Executive Commissioner, Adeleke Adewolu, and members of the Senate Committee on ICT and Cyber Security, Ibrahim Hassan Hadeji, were in attendance at the launch.
In his remarks, the Minister expressed delight at the initiative and emphasized the evolution, which he explained arose from a desire to bring together existing data protection regulations and legislation, resulting in the Nigeria Data Protection Regulations 2019. (NDPR). The Bureau was established with the goal of elaborating on the NPDR’s provisions.

“The mandate of the Bureau is to ensure the coordination of data privacy and security, as well as data confidentiality in Nigeria in order to safeguard citizens and legal residents of Nigeria, including the private and public sectors,” Professor Pantami continued.
“Because of variables such as the average youth age, buoyant economic activities, and so on, Nigeria has a massive data generation with a population of around 200 million people, datafication of society has guided the development of the NDPB.” He made the observation.

Nigeria, he claimed, already has one of the most comprehensive data protection policies. As required by law, data protection has always been referenced in subsidiary legislation spanning several agencies and commissions. The Minister believes that a major piece of legislation will be enacted to bring together all of the various acts and frameworks.
The EVC, through his representative, stated that data is the most important currency in the digital economy, and that the establishment of the NDPB is a huge step forward. He expressed gratitude for the Ministry’s and the Federal Government’s pioneering initiative. He praised the new Bureau’s quick response, saying that by creating a unique logo, a world-class website, and core values, they have demonstrated their readiness to hit the ground running in carrying out their mandate, and he assured the National Commissioner and staff of the Nigeria Data Protection Bureau of NCC’s full support.

Wed Apr 6 , 2022
After postings in Dubai, London, Miami, San Francisco, and Singapore, global digital payments giant Visa has built its first innovation studio in Africa and its sixth internationally in Kenya. In order to co-create payment and commerce solutions, the studio will bring together developers, Visa’s internal and external clients, and other […]