The award was given out recently at the ALO’s annual Africa Legislative, Legal, and Good Governance Conference, which was held at the Sheraton Hotel in Abuja. The conference’s theme was “Policy, Justice, and Global Cooperation for Building Back Better,” and it drew a large number of stakeholders.
The event was co-organized by the ALO and the American Bar Association (ABA).

Danbatta was unmistakably deserving of the prize as Nigeria’s Chief Telecom Regulator, particularly in the last five years, during which the country’s telecom sector has achieved amazing milestones. According to ALO, these concrete, measurable signposts include the successful auction of the 3.5 gigahertz (GHz) spectrum band designated for the deployment of Fifth Generation (5G) networks, as well as his exceptional regulatory strides in continually creating a level-playing field for investors, particularly to reflate telecom-induced economic growth in the post-pandemic era.
Dr. Ken Giami, the ALO Chairman, who presented the award to Danbatta, stated that the ALO has continued to highlight the bright sides of Africa’s success stories by recognizing deserving individuals, in keeping with the ALO’s legacy of promoting African brilliance and achievement. Prof. Danbatta, according to Giami, is one of the people whose efforts have contributed significantly to the expansion of the Nigerian economy.
“Danbatta’s visionary commitment to society is improving our communities for all, and his influence continues to affect Africa’s socioeconomic growth and development.” Despite the continent’s many challenges, Danbatta has exhibited perseverance, determination, and commitment in the business and policy environments. This is why we are honoring him today as a leader icon,” Giami stated emphatically.

Giami reiterated ALO’s goal, stating that “at the heart of ALO’s founding ideology is the desire for the progress of the continent, all Africans, and individuals of African origin.” He remarked that the Organization’s concept explains its constant promotion of African possibilities and African excellence to the international community.
On behalf of Danbatta, Chizwa Whyte, Deputy Director of the National Communications Commission’s Legal and Regulatory Services Department, thanked ALO for the award and added that the NCC sees it as another encouraging milestone in its efforts to regulate the country’s telecommunications sector. Whyte also praised ALO for recognizing the NCC Chairman’s outstanding leadership in elevating the Nigerian telecoms industry’s importance and relevance.

“This accolade is a rallying cry for us to do more for the business by ensuring good policies and regulatory actions are in place to ensure the Federal Government’s policy direction on digital economy is realized,” Whyte added.
For the past 14 years, the African Leadership Organization has dedicated itself to supporting good governance and effective leadership on the continent, as well as African opportunity and dignity around the world. ALO’s goal is to promote Afrocentric and reputation-boosting material, as well as to facilitate African trade and market access solutions via communities and corporate networking platforms, and to provide public sector training and consultation.

Mon May 9 , 2022
Nigeria’s telecoms regulator, the Nigerian Communications Commission (NCC) will be leading other stakeholders as eBusiness Life Communication Limited hosts young girls in the 2022 edition of the International Girls in ICT Day campaign. The hybrid event, which will hold at the Lagos Oriental Hotel on May 12, 2022, is part […] 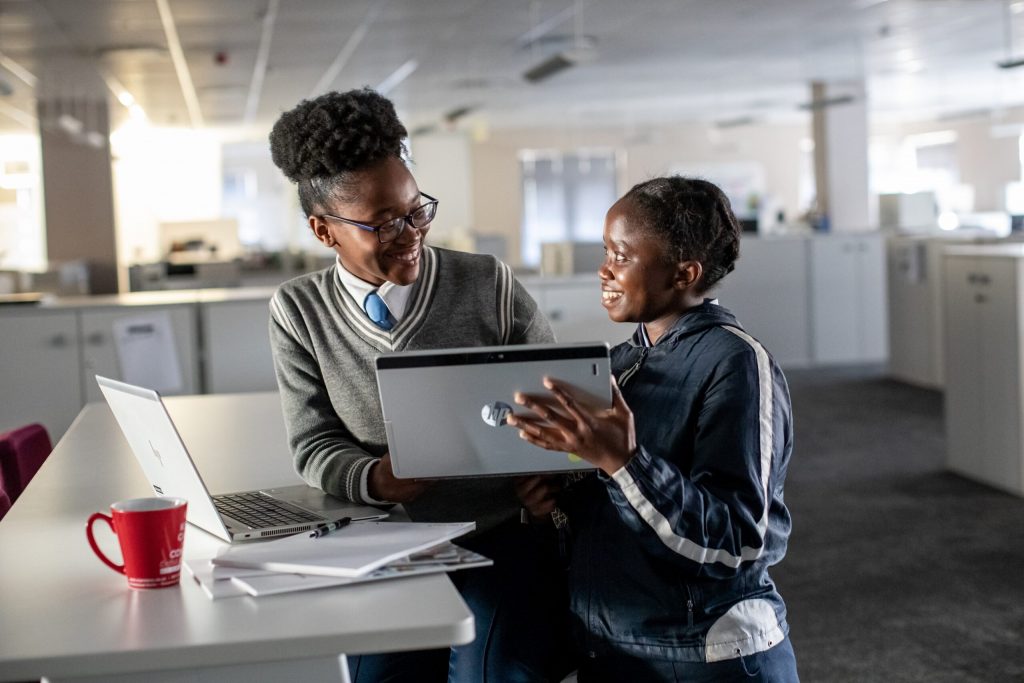