The Federal Government has praised the Nigerian Communications Commission’s (NCC) commitment and dedication to enhancing digital skills development among youths through the execution of different ICT skill acquisition programs.

The commendation was given by the Minister of Interior, Ogbeni Rauf Aregbesola, and the Minister of Communications and Digital Economy, Prof. Isa Ali Ibrahim Pantami, at the inauguration of a Digital Nigeria Centre (DNC), a project carried out by the Universal Service Provision Fund (USPF), an arm of NCC, at the Ijesa Muslim Grammar School in Ilesa, Osun State.

At the event, Aregbesola, who was representing President Muhamadu Buhari, praised the NCC for timely and thorough implementation of the project, saying he was confident that it would promote the connection of public secondary schools in the Ilesa community to broadband internet and, as a result, equip beneficiaries with 21st century skills.

“I’d want to express my gratitude to Prof. Isa Ali Ibrahim Pantami, the Honourable Minister of Communications and Digital Economy, for agreeing to our proposal to have the first of these refurbished projects in Osun State be located in Ilesa. I’d also like to express my gratitude to Prof. Umar Garba Danbatta, NCC’s Executive Vice Chairman, and the whole management and staff of NCC and the USPF, as well as their technical partners, for their efforts.

On the occasion of the commissioning, Aregbesola also announced the formation of President Muhammadu Buhari’s N100 million Technology Fund for Youth Empowerment, which would help to foster the development of world-class technology professionals in Nigeria. According to the Minister of the Interior, the Fund aims to give equipment for training in various fields such as software development and design to 2,000 adolescents over the next two years.

The Governor of Osun State, Adegboyega Oyetola, was represented by the State’s Commissioner for Innovation, Science, and Technology, Dr. Babatunde Olawale, who expressed the State Government’s gratitude to the Federal Government, the Ministry of Communications and Digital Economy, and the Nigerian Communications Commission for taking the initiative and, in particular, for inaugurating the state’s first remodeled DNC project. Oyetola also told the crowd that the Osun State Government was eager to work with NCC to duplicate the project in other parts of the state.

Pantami, who was represented at the ceremony by Prof. Adeolu Akande, Chairman, Board of Commissioners of NCC, also praised the NCC and USPF for delivering the DNC project on behalf of the Federal Republic of Nigeria. He stated that the project, as well as others like it, was launched by the government in order to put into action the government’s aim of effectively digitizing the nation’s economy in order to promote wealth for all Nigerians.

Pantami remarked that the Federal Government is committed to boosting the digital economy across the country, which is why the Ministry of Communications has been renamed to the Ministry of Communications and Digital Economy. Pantami recalled that, following the re-christening, the Federal Government implemented Digital Nigeria-focused policies to reinforce the focus of existing policies in order to accelerate the delivery of derivable benefits of the digital economy to Nigerians, regardless of their location or circumstances.

The National Digital Economy Policy and Strategy (NDEPS) 2020-2030 is a 10-year, eight-pillar focused roadmap for realizing the Federal Government’s digital economy agenda, which was revealed in November 2019.

Pantami claimed that the DNC, which was opened in Ilesa, was a concrete implementation of the NDEPS’ second pillar, Digital Literacy and Skills.

The DNC project’s overall goal, according to Pantami, is to make digital lifestyle adoption easier in schools and school communities. The Minister stated that the project’s importance cannot be overstated, given its potential to boost teenagers’ digital skills and, as a result, make them more globally competitive.

Pantami stated that the Nigerian government is committed to providing youths with digital skills, strong literacy and numeracy skills, critical and innovative thinking skills, complex problem-solving aptitude, collaboration skills, and the ability to deploy socio-emotional skills, all of which are necessary for them to transform their lives and build the economy.

“We have already made a number of giant strides in the development of our digital economy culture, and the deployment of initiatives like the Digital Nigeria Centre eloquently demonstrates the current administration’s commitment to connecting all Nigerians,” Pantami said, as he also expressed the Federal Government’s commitment to its tripartite agenda of improving the economy, reducing corruption, and enhancing national security through effective deployment of ICT in all sectors.

Danbatta, who was represented at the event by the Commission’s Director of Projects, Iyabode Solanke, said that all the regulatory activities, initiatives, and programs that the Commission has undertaken since 2019, in collaboration with its critical stakeholders, including its arm, the USPF, have been aimed at concretizing Nigeria’s deliberate policy to migrate to a fully digital economy.

He explained that the Commission accomplishes this by continually committing to the expansion of adequate infrastructure to improve digital literacy and skills in light of the economic and social implications of digitization across all sectors.

The NCC Chief Executive reaffirmed the Commission’s commitment to bridging the digital divide by providing information and communication technology (ICT) as well as broadband connectivity to the country’s unserved and underserved institutions and communities.

Earlier, Ramota Ilesanmi, the Principal of Ijesa Muslim Grammar School, commended President Muhammadu Buhari’s government for the initiative, saying it will help students and inhabitants of the city meet their ICT demands.

The DNC, originally known as the School Knowledge Centre (SKC), is one of the USPF’s Access Program projects, designed to increase the availability and use of ICT and Internet resources in teaching and learning in underserved, unserved, and rural public schools.

Danbatta Highlight the Importance of Telecom Contribution to GDP

Mon Jan 24 , 2022
The Nigerian Communications Commission (NCC) has already received two awards, one of which is The REGULATOR OF THE YEAR Award for 2021, signaling a significant year for the Commission. Prof. Umar Danbatta, the company’s Executive Vice Chairman and Chief Executive Officer (EVC/CEO), also got the PUBLIC OFFICIAL OF THE DECADE […] 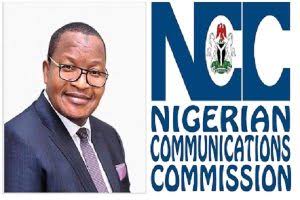