•Facebook announced on Thursday that it has changed its name to Meta.

•The company’s burgeoning goals beyond social media are reflected in the name change, which was unveiled during the Facebook Connect augmented and virtual reality conference.

•The rebranding comes as the corporation has faced a bombardment of negative press in the last month as a result of whistleblower Frances Haugen’s cache of internal papers.

Facebook announced on Thursday that it has changed its name to Meta.

At the Facebook Connect augmented and virtual reality conference, the name change was announced. The company’s expanding goals beyond social media are reflected in the new name. Facebook’s new moniker, Meta, is based on the sci-fi phrase metaverse, and it describes the company’s ambition for working and playing in a virtual world.

“Today, we’re known as a social media company, but our DNA is a firm that produces technology to link people, and the metaverse is the next frontier, just as social networking was when we first started,” Meta CEO Mark Zuckerberg stated.

In addition to the new moniker, the firm announced that its stock symbol will change from FB to MVRS on December 1st.
On Thursday, Meta’s stock price increased.

The corporation announced the launch of a team dedicated to the metaverse in July. Two months later, the business announced that Andrew “Boz” Bosworth, the company’s current head of hardware, would be promoted to chief technology officer in 2022. In addition, the firm stated on Monday that, beginning in the fourth quarter, it will separate Reality Labs, its hardware subsidiary, into its own reporting section.

“Our vision is for the metaverse to reach a billion people within the next decade, to host hundreds of billions of dollars in digital commerce, and to provide jobs for millions of creators and engineers,” Zuckerberg wrote in a letter published on Thursday.

The business has increased its hardware efforts in recent years, releasing a line of Portal video-calling devices, the Ray-Ban Stories glasses, and numerous Oculus virtual-reality headsets. In the coming years, the corporation has stated that augmented and virtual reality would play a major role in its strategy.

The corporation also announced this week that it will invest $10 billion in creating the technology needed to establish the metaverse over the next year.

On Thursday, Zuckerberg gave a glimpse into Facebook’s metaverse goals.

The demo consisted of a Pixar-style animation depicting software that the business plans to develop in the future. Users can hang around in space as cartoon versions of themselves or imaginative characters, such as a robot, who reflect their virtual selves, according to the demo. Part of it was used by Zuckerberg to accuse rival internet companies of suffocating innovation by charging exorbitant developer fees.

Much of this, according to Zuckerberg, is still a long way off, with components of the metaverse maybe becoming widespread in five to ten years. Zuckerberg noted that the business intends to “spend many billions of dollars for years to come before the metaverse reaches scale.”

“We anticipate the metaverse will be the mobile internet’s replacement,” Zuckerberg stated.

In addition, Meta introduced Project Cambria, a new virtual reality headgear. According to the business in a blog post, the device will be a high-end product with a higher price tag than the $299 Quest 2 headset. According to Zuckerberg, Project Cambria will be unveiled next year.

Project Nazare is the code name for Meta’s first completely AR-capable smart eyewear. In a blog post, the business stated that the spectacles are “still a few years away.” “We still have a ways to go with Nazare,” Zuckerberg remarked, “but we’re making good progress.”

According to the studies, the firm is aware of many of the problems caused by its apps and services, but either does nothing about them or struggles to remedy them.

In a call with analysts on Monday, Zuckerberg vehemently denied the claims and criticisms made in the stories based on Haugen’s materials.

Fri Oct 29 , 2021
In honor of the 20th anniversary of Nigeria’s infamous telecommunications revolution, Dr. Bayero Agabi, President of Digivation Networks, has been honoured for his contributions to the industry’s growth over the last two decades. The award was presented to Dr. Bayero in Lagos yesterday at the Nigeria’s Telecommunications Revolution At 20 […] 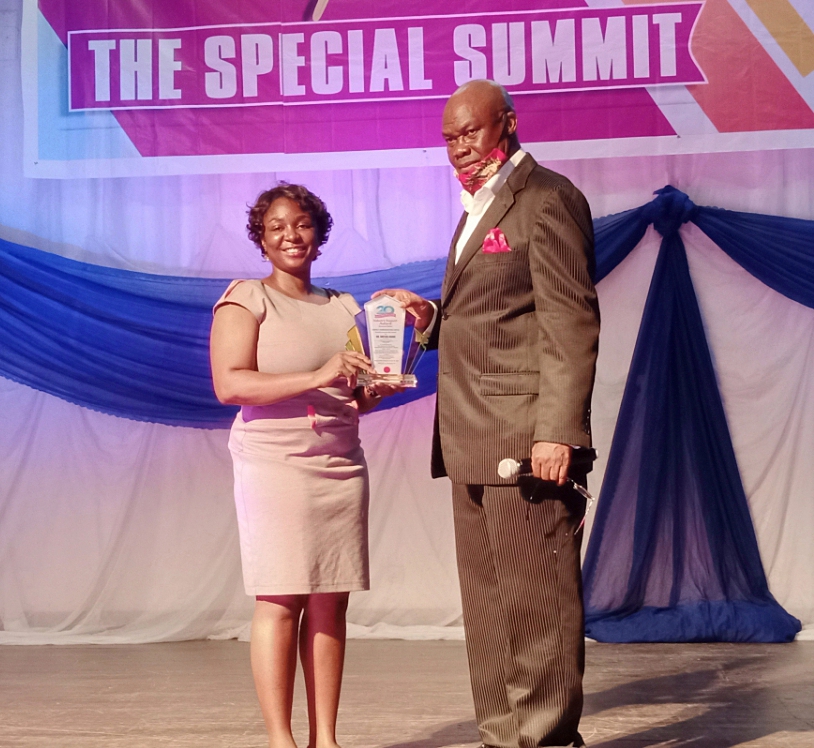