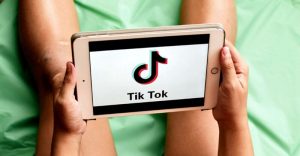 The trending social media app TikTok has been sued by the US state of Indiana over growing fears for the safety and privacy issues of young adult.

The app fails to safeguard young people and privacy as it depicts alcohol, tobacco, and drugs, sexual content, nudity, among others. It also claims that it deceives young users within age 12 and above on Apple and Google app stores.

Indiana is seeking an injunction against its practices and civil penalties against the company for its “unfair and deceptive conduct.”

The announcement of the lawsuits comes after other US states have drafted legislation to ban TikTok. Texas, South Dakota, and South Carolina have prohibited using TikTok on state government devices.

Meanwhile, the Joe Biden administration has been in talks with TikTok officials for months as they try to reach a national security agreement to protect the data of its hundreds of millions of users in the US.

TiKTok is also facing legal challenges elsewhere. In the UK, the social media company could face a £27m ($29m) fine for failing to protect children’s privacy when they are using the platform.

Wed Dec 14 , 2022
The National Identity Management Commission, NIMC, has notified that its enrolment, verification, and other identification systems are working optimally as the National Identification Number (NIN) becomes mandatory to access all government services. In a press Release signed by Kayode Adegoke, Head, Corporate Communications, reassures the general public of the provision of top-notch […]