Through its Ministry of Information and Culture today, the federal government announced its decision to suspend the operations of social media platform Twitter in the country.

The statement, made by Minister of Information and Culture, Lai Mohammed, and signed off by his media aide Segun Adeyemi, could see telecoms in the country prevent Nigerians from using Twitter.

The Minister of Information and Culture, Alhaji Lai Mohammed, announced the suspension in a statement issued in Abuja today, “citing the persistent use of the platform for activities that are capable of undermining Nigeria’s corporate existence.

“The Minister said the Federal Government has also directed the National Broadcasting Commission (NBC) to immediately commence the process of licensing all OTT and social media operations in Nigeria.”

“The Minister said the Federal Government has also directed the National Broadcasting Commission (NBC) to immediately commence the process of licensing all OTT and social media operations in Nigeria.”

This announcement is a culmination of events that have happened this past week. Yesterday, Twitter deleted tweets and videos of President Muhammadu Buhari making threats of punishment to a sect called IPOB in the South-Eastern part of the country after he blamed them for attacks on government buildings. He then referenced Nigeria’s civil war events in the 1960s, which seemed to offend many Nigerians.

The indefinite suspension of Twitter would mean that Internet Service Providers (ISP) in Nigeria like MTN and Airtel will be mandated to not give users access to Twitter. The ISPs will block twitter’s IP addresses from all its users, or delete the sites from their DNS servers. Users will be told the site doesn’t exist when they try to connect.

It remains to be seen whether the ISPs will implement such an order and how they will communicate it to their users.

In an email to TechCrunch, Twitter, which recently opened its first African office in Ghana, said, “the announcement made by the Nigerian Government that they have suspended Twitter’s operations in Nigeria is deeply concerning. We’re investigating and will provide updates when we know more.”

Fri Jun 4 , 2021
In recognition of the remarkable success and the efforts of the National Identity Management Commission, (NIMC) led by the Director General Engr. Aliyu Aziz towards helping Nigeria attain global best practice in seamless digital identity system, DigiVation Network Television has honoured the DG as a recipient of this year’s Special […] 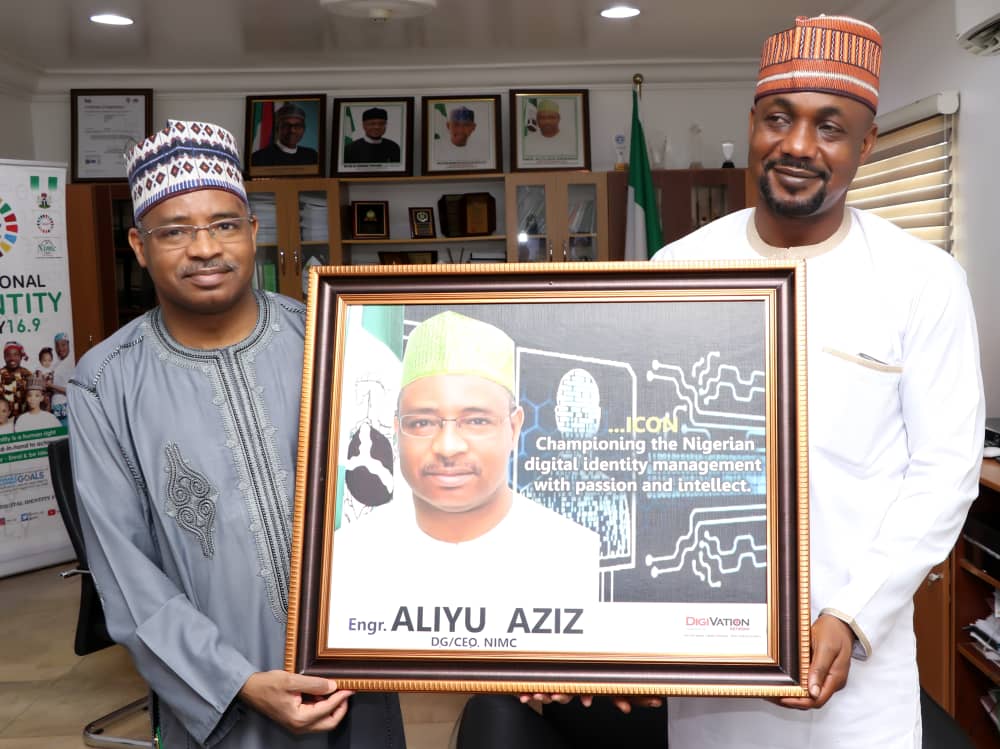