The was in line with the renewed commitment by the Executive Vice Chairman of NCC, to inject new ideas and energy into some aspects of the organisation’s regulatory activities, following his reappointment by President Muhammadu Buhari and repositioning to hit the ground running in the speedy implementation of the Five Year Strategic Management Plan of the  Commission.

In the slight change, Idehen now assumed a new position as Director, Consumer Affairs Bureau, while Nwokonneya is the Director, Compliance Monitoring and Enforcement Department.

The redeployment of Efosa, who had been the chief enforcer in the commission for about five years, and had a number of the achievements under him such as the successful enforcement of the MTN’ fine to its credit, was also strategic.

Motivated by the new confidence in his reappointment as the EVC/CEO of the commission, Danbatta has since been taking more proactive measures to demonstrate renewed vigour and commitment to strengthen regulatory activities of the commission.

Tue Jun 30 , 2020
Share the StoryThe Honourable Minister of Communications and Digital Economy, Dr. Isa Ali Ibrahim Pantami, has explained that the new Strategic Management Plan (SMP) 2020-2024 by the Nigerian Communications Commission (NCC) will be a pedestal to drive the implementation of the Federal Government’s digital economy vision. The Honourable Minister stated […] 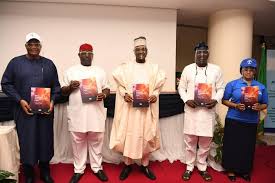