Last week in Lagos, the management of Cyber Africa, one of Africa’s converged legacy Information and Technology news platforms, acknowledged digital breakthroughs across all sectors of the continent at the Cyber Africa at 10 Forum/Cyber Africa Digital Economy Awards.

The organizers convened the event to commemorate Africa’s massive digital transformation, which has seen digital technologies drive practically every area of the economy.

As a result, several organizations and individuals who are altering Africa in their own class in areas such as cyber security, eGovernance, startups, innovation, policy, infrastructure, finance, and administration have been recognized.

“Today, we have also introduced the Cyber Africa Digital Economy Awards to reward individuals, institutions, organizations, and remarkable contributions to the advancement of the industry as we celebrate 10 years of molding opinions, reporting concerns, influencing policies, and setting agenda,” he said.

Mr. Hillary argued that if the relevant government agencies and apparatus review the nation’s educational curriculum deliberately and urgently to aggressively cater for the growing demands for new skills sets that will drive Nigeria’s Future nay Africa in the Emerging Technology Ecosystem, Nigeria will be able to continue to have organizations like Medallion, MainOne, and Flutterwave that have attracted huge Foreign Direct Investment and equanimity in the Emerging Technology Ecosystem.

The media’s pioneering role in developing, defining, and supporting the rise of the ICT industry, which has become the poster boy of Nigeria’s economy today, was also recognized at the ceremony.

Mojisola Alabi, CECAD’s Head, Programme and Partnerships, emphasized the importance of the pioneer media in chronicling the story of Cyber Africa’s evolution from magazine to TV to radio to now online. She gave the most expensive edition, which is the first edition of the publication, as well as the most recent version, which discussed the Third World War.

Dr. Bayero Agabi, the president of CECAD, spoke briefly on the award’s purpose and evolution from the African Information Society Merit Award in 2009 to the Cyber Africa Digital Economy Award, which he said is in keeping with the industry’s evolution and development.

The Centre for Cyber Awareness and Development (CECAD), a non-profit and non-governmental organization dedicated to advancing cyber responsibility via advocacy, training, and innovation, publishes Cyber Africa.

Wed Dec 15 , 2021
MTN Nigeria Communications Plc (MTN Nigeria) is overjoyed to have won one of the two 100MHz spectrum licenses in the 3.5GHz frequency range that the Nigerian Communications Commission auctioned (NCC). According to Nigeria’s leading Mobile Network Operator (MNO), this is a significant step toward realizing the Nigerian National Broadband Plan’s […] 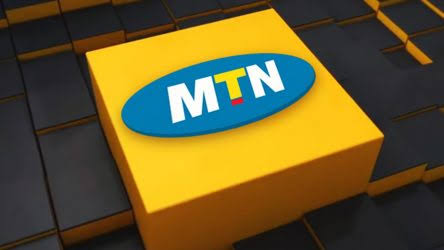