Foreign investors seeking collaborations with the Federal Government in the Digital Economy sector have continued to pay attention to Nigeria’s current leadership.

On Thursday, November 4, 2021, the People’s Republic of China indicated interest in long-term relationships and collaborations with the Nigerian Digital Economy industry.

On an official visit to Professor Isa Ali Ibrahim (Pantami), the Minister of Communications and Digital Economy, China’s Ambassador to Nigeria, Cui Jianchun, made this view known.

According to a statement issued by Uwa Suleiman, the Minister’s spokesperson, the Chinese Ambassador stated that his country is eager to investigate the five Ts, which he categorizes as follows:

Professor Pantami was informed by Jianchun that China is prioritizing its development goals in the areas of politics, economy, security, agriculture, culture, and tourism at the moment.

He urged the Minister to look at all possible areas of cooperation between the two nations.

Professor Pantami informed the Chinese Ambassador that his country was prepared to create mutually beneficial connections and strengthen current partnerships in his response.

He also handed the Ambassador a copy of the National Digital Economy Policy and Strategy (NDEPS), with the goal of collaborating with China in the sectors covered by the policy.

Nigeria is committed to completing the digital switchover in a timely manner across the country, according to DG NBC.

Fri Nov 5 , 2021
The Nigerian Broadcasting Commission (NBC) director general, Malam Bararabe Shehu Ilelah, has stated that the Commission is committed to completing the Digital Switch Over (DSO) project across the country in a timely and efficient manner because it will create a people-centered information society that will connect underserved populations and remote […] 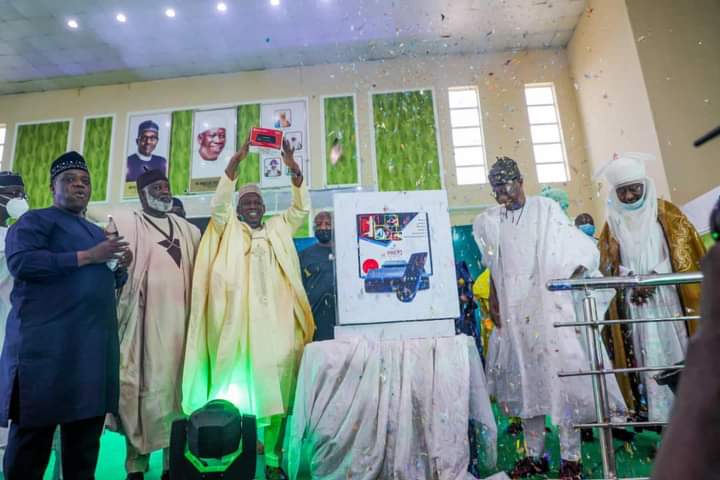