The Association of Telecommunications Companies of Nigeria (ATCON) has urged the federal government to develop a strategic plan to bridge the over N15 trillion infrastructure funding gap in the telecom industry which is said to be presently contributing over 11 percent to the country’s Gross Domestic Product (GDP).

This call was made by the President, Mr. Ikechukwu Nnamani when he led the newly elected National Executive Council members of the Association on a visit to the Minister of Communications and Digital Economy, Mallam Isa Ali Pantami in Abuja, said there was a need to create a strategic plan to ensure that the sector is properly financed.

Mr. Nnamani noted that there were various challenges plaguing the industry for a very long time but ATCON has seen positive developments since the Minister’s interventions and assures the association’s support of the Federal Government in the full implementation of the 2020 – 2025 National Broadband Plan.

He said, “Your timely intervention has led to the growth and development that the ICT sector has witnessed since you were sworn in as Minister. 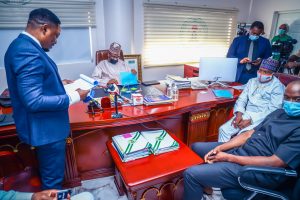 “Notable among this is the progress made in the NIN, Right of Way (Row) , the National Broadband Strategic Plan 2020-2025 , and digitization of the economy. A lot of states have waived the Right of Way fee or reduced it at N145. 00 while the association is still working with some states that have not complied. We remain committed to contributing our quota to the growth and development of the country and looking forward towards working closely with you”.

He also appealed for full implementation of the RoW Policy and urged the government to address multiple Taxation and other regulatory challenges in the sector.

“The primary and strategic objective of our targeted programs is to compliment your concerted efforts in respect of making broadband pervasive and ubiquitous as well as to encourage state governments and private sector to aid the growth and development through their deliberate and strategic investment in technology and broadband in their respective states” he added .

The minister thanked the association for recognizing the achievement recorded in NIN enrollment and its willingness to work with government to develop the sector. Is a mandatory number based on the NIMC Act 2007 but has been neglected over the years

Pantami noted that NIN is the foundational identification for building a digital economy, and is key to the National planning, budget planning, Security and social development.

He said, NIN is a mandatory number based on NIMC order of 2007 but has actively been neglected for years. So we’ve come up with so many policies trying to ensure our citizens obtain the number, it is important beyond SIM registration; it is important for whatever you do. Because it is the primary identity of our citizens. There’s no Identity that will define you are a citizen more than that number, it is mandatory. And it is mandatory for transaction, like opening bank account, like paying tax, voters registration and many more. If you look at section 27 it is clearly stated even to partake and enjoy government services without that number it is an offence, you must obtain before you engage the government in any business.”

Tue Feb 16 , 2021
Share the StoryThe government of Rwanda, in partnership with the United Nations Development Programme (UNDP), has deployed another set of robots in the country, in a move that seeks to strengthen national response to Covid-19 pandemic. The three ‘THOR UVC’ robots, which are expected to play a crucial role in […] 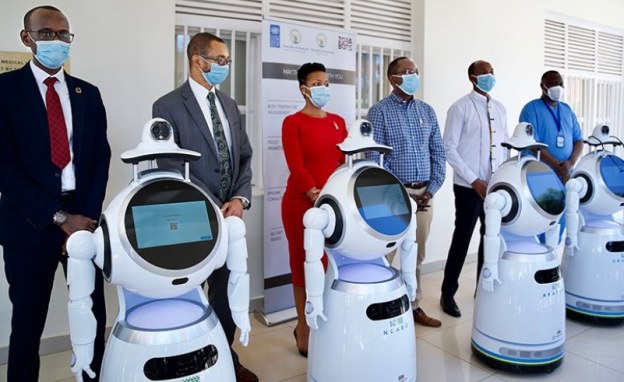