Nigerians have been charged to be of tremendous financial and material assistance to their compatriots, most especially the widows, orphans, fatherless, the vulnerables and other less privileged in the society.

Justice Olateru-Olagbegi, who was the guest speaker at the occasion, lauded the initiatives of the Founder/President and the members of PODA for thinking of using their resources to cater for the poor and the less privileged in the society. He also enjoined the wealthy, the high and mighty in the society to support the worthy causes(s) of PODA so that crimes and other social vices, occasioned by hunger, would be reduced to the barest minimum, if not totally eradicated, in our society.

In his words: Members of PODA are here today to proclaim to the world that they have elected to invest their time, talent and resources to the services of humanity through the instrumentality of PODA. They will be feeding the hungry and clothing the naked.

Charging Nigerians to curb wastage and extravagant lifestyle and use the excesses to take care of the poor, Justice Olateru-Olagbegi, then asked: what comfort does it give you to be suffering from indigestion owing to too much food in the stomach whilst you see hungry people reduced to bare bones from hunger?

Speaking further, the renowned jurist who sounded philosophical said that one does not need to be a millionaire before assisting the poor and hungry. “If you have ten (10) thousand naira and another person is gravely in need of one thousand naira, give it out”, adding that if you do not have that kind of disposition when you are a ‘thousand-naire’, you will not have it when you become a millionaire. He, then, implored Nigerians to make kind-heartedness a way of life.

In his own remarks, the Chairman of the occasion who is a renowned academic and former Vice Chancellor of Atiba University, Oyo, Professor Sola Ehindero, eulogised the foresight of members of PODA and charged them to continue doing good to people. He added that their actions in clothing the naked and feeding the hungry are more than physical evangelism, emphasising that God always rewards, in multiple folds, any act of kindness done to enhance the quality of life and the living standards of His creatures.

While welcoming people to the inauguration, the founder and president of PODA, Princess Dr. Omolara Olarewaju, stated that the ‘birth’ of the Prestigious Oodua Daughters Association (PODA) was a divine instruction with the main aim of helping the disadvantaged, indigent girl children, widows and orphans within the societies and across the south West geopolitical zone of the country.

Dr. Olarewaju, who solicited for assistance from people of means to enrich the purse of PODA in order to cater for the needy and vulnerable, and realised its objectives, said that if government fails in its obligation to the people, particularly in the area of welfare, believers in God ought not to fail.

She further said that the more funds charitable organisations like PODA have, the greater the alleviation coverage that can be achieved amongst the poor and hungry.

Fri Nov 5 , 2021
Foreign investors seeking collaborations with the Federal Government in the Digital Economy sector have continued to pay attention to Nigeria’s current leadership.   On Thursday, November 4, 2021, the People’s Republic of China indicated interest in long-term relationships and collaborations with the Nigerian Digital Economy industry. On an official visit […] 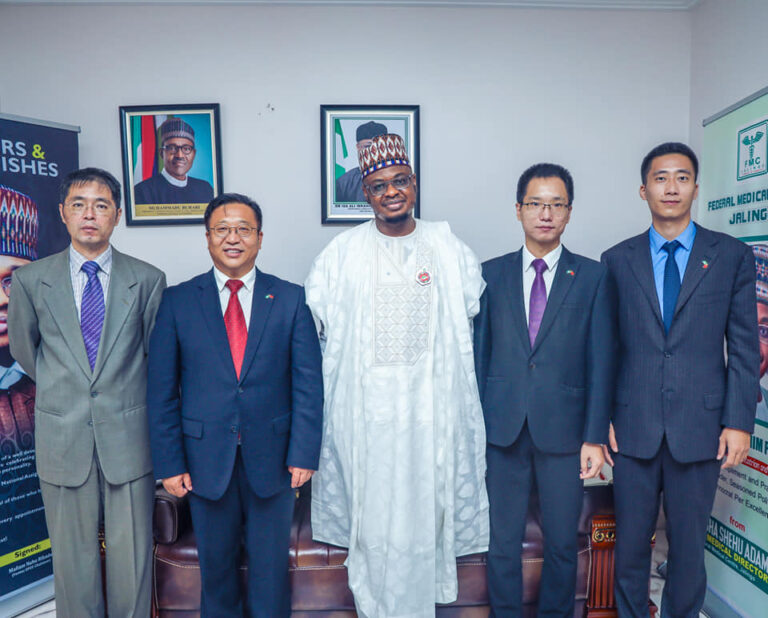